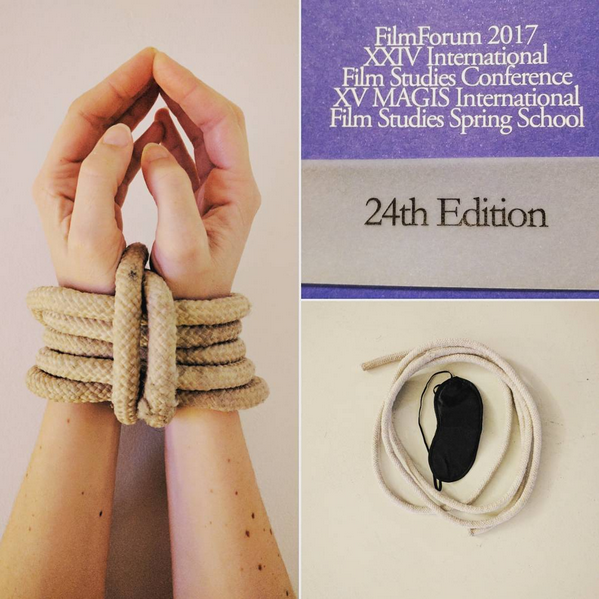 As computer technologies that replicate an environment, real or imagined, and, in different ways, simulate a user’s physical presence and environment in a way that allows the user to interact with it (Isaac, 2016), both Virtual Reality (VR) and Augmented Reality (AR) explore the boundaries between embodiment and immersiveness through a primarily haptic experience. Virtual Reality and Augmented Reality, as postmodern and post-cinematic experiences par excellence and expressions of postmodernism, challenge all concepts traditionally related to representation and expand the notion of reality by restructuring the relationship between the user and the medium and by questioning the Cartesian notions of time and space in unprecedented ways. In this respect, Virtual and Augmented Reality are objects of study that are essentially cross- disciplinary and can become less opaque only if analysed through a multi-layered toolkit that can be created at the crossroads between Film, Media and Game studies, by exploring sub-disciplinary approaches such as documentary theory, haptic theory, transmediality, network theory, cognitive theory, visual anthropology etc. We are particularly interested in analysing these topic in the interactive creations, both fictional and non-fictional, like interactive documentaries, video games, web series or transmedial products. In the Postcinema section of Filmforum 2017, we are interested in collecting papers analysing VR and AR and different interactive non fictional case studies as well as multiplatform, crossmedia and interactive experiences that touch upon the aforementioned theoretical questions, hoping to be able to find common grounds and carve out analytical tools that will help us focus this expanding field for the years to come.